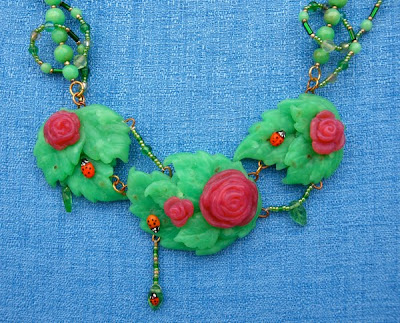 As I browsed through a “Fire Mountain Gems” catalog I was taken with the beauty of the gemstones Rhodonite and Chrysoprase.  I tried to recreate them in a faux version. The leaves, roses, and larger beads were all made from poly clay. The ladybugs were made from poly clay and acrylic paint. 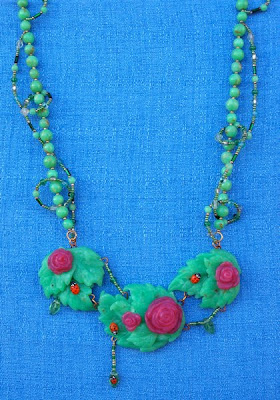 EDITED: A New updated version of this pendant with the frog on a lily pad is now available for sale. Please click here to read about it: Frog on lily pad 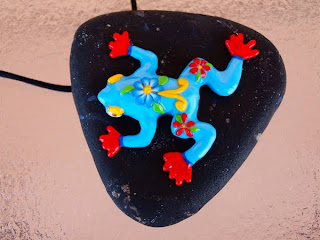 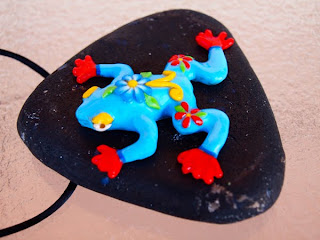 I fell in love with a 2 foot long vintage pottery frog from Talavera, Mexico the first time I saw him and he now lives on our back fence (shown below). His name is Raúl and he was the inspiration behind my 2 inch version. My mini frog (Raulito) was first sculpted in Kato polyclay and then a mold of the cured piece was made from "Amazing Mold Putty", a bakeable silicone-based molding compound. "Kato Liquid Polyclay" (Kato LPC) was poured into the mold to make the final frog.